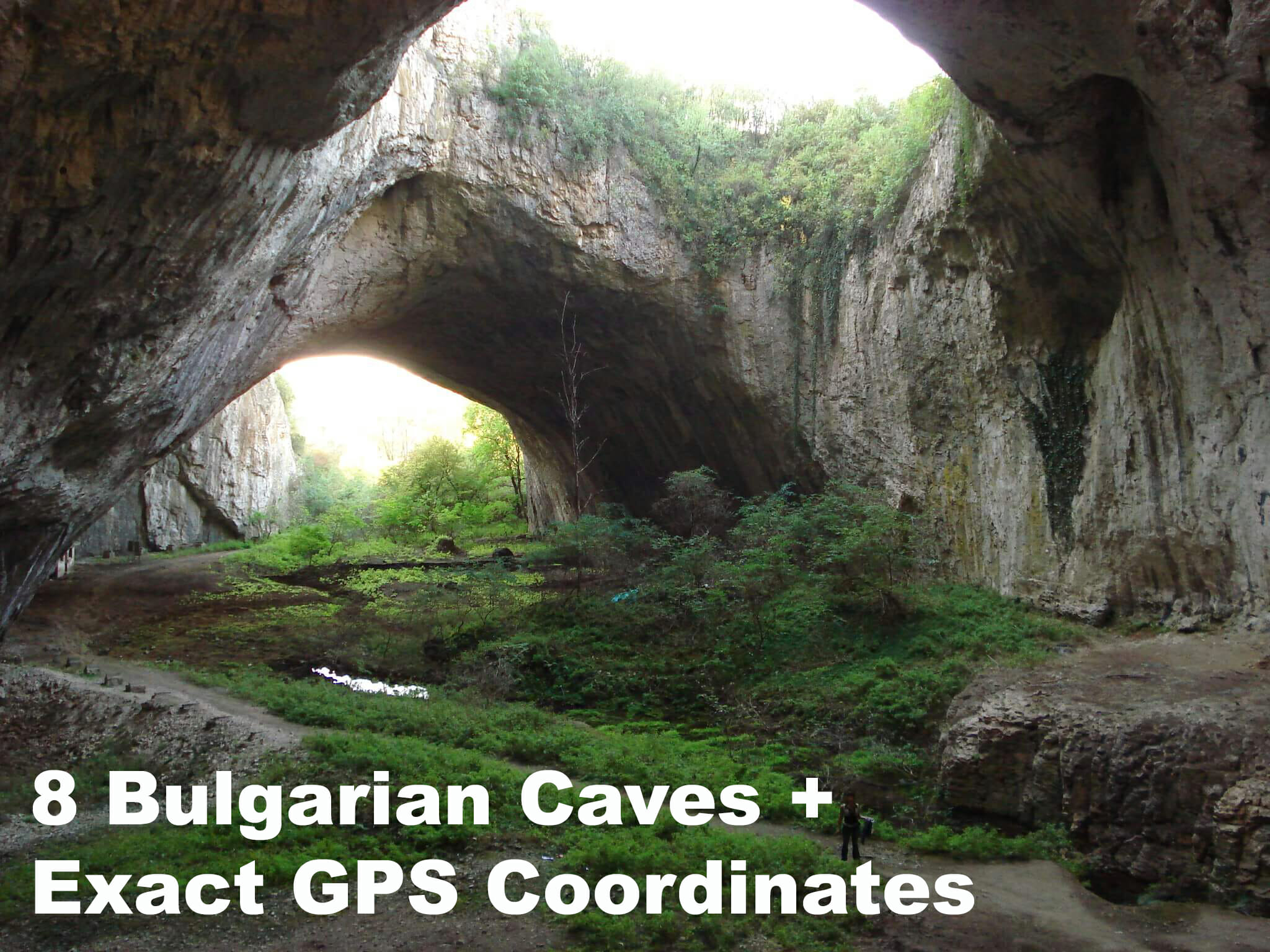 According to some scientists, there are more than 6000 caves in Bulgaria. Most of them are famous for their origin, location, drawings on the rocks, rock formations and so on.

Besides, there are legends related to some of the Bulgarians caves. These are stories for love, escape religion, buried families etc. An interesting detail is that a number of these caves are situated very close to Bulgarian villages.

Tourists often arrange their holiday in a way convenient to visit both: mystical caves and peaceful villages in Bulgaria.

Caves are spread over the whole country. They are wrapped around mysteries that tickle our curiosity.

If you are a traveller who wonders what to see in Bulgaria I suggest you rent a car and go visiting at least a few of these interesting caves.

Driving a car is the best way to explore this country far and wide.

The best is yet to come!

Saeva dupka is considered one of the most beautiful caves in Bulgaria. It is named after two twin brothers Sousy and Seu, who used the cave to hide from the Ottomans.

This Bulgarian cave is supposed to have been formed about 3.5 million years ago.

Saeva Dupka is like a fairytale world created by various formats and sizes of stalactites, stalagmites and stalactites, dyed in all possible colours.

It’s not a coincidence that the cave is called “The Underground Pearl” of Bulgaria. Reaching it isn’t difficult as it is around 100km away from Sofia.

Prohodna cave is believed to be one of the caves with the easiest access. It has a second name so it’s not a surprise to hear local people call it also “God`s eyes”.

If your starting point is Sofia you need to take Hemus highway and drive on the road for Lukovit town. The distance is no more than 120 km with a car.

The dimensions of the cave are the reason for travellers` admiration. The “Eyes of God” provides excellent opportunities for lovers of rock climbing and bungee jumping. Prohodna Cave is the longest cave tunnel in Bulgaria – 262 m.

If you choose to visit it in spring, you will be captured by the breathtaking nature in the area.

Deep in the heart of the Vrachanski Balkan Nature Park, you can find Ledenika cave. It is so beautiful that you would almost wish to become a part of it so can admire it forever.

The most pleasing of all 10 halls is so-called “Concert” hall. It is the most popular, because of the cave concerts that take place inside of it annually.

Vratsa Philharmonic Orchestra performed the first big concert around 50 years ago inside Ledenika cave. Unfortunately, the humidity in Ledenika doesn’t allow the concerts to last for more than 20-30 minutes as instruments of the musicians begin to deteriorate by the humidity.

Everyone who has listened to these concerts says the acoustics in the room is incredible. Just imagine what would it be to hear a performing with your own ears?

Ledenika cave is located in a picturesque area which will enchant you. If you set off from Sofia you will have to drive for 150km northwest. Besides, in front of your eyes will emerge mighty rocky Mounties as you get close to Vratsa city.

Undoubtedly one of the Bulgarian caves with the most impressive stories and legends.

As you can hear old local people recounting that Germans storing munitions in the cave, but in the autumn of 1944, they had to drawn quickly and there was no time to move them, so they decided to overwhelm them by exploding the whole cave. They stretched a long cord to blast it from a distance but a local shepherd stumbled into it and without knowing what it was, he cut a large piece of it and took it for himself. So by chance, he saved the cave.

The Devetashka cave is one of the richest archaeological sites in Bulgaria. It is inhabited by the deepest antiquity because of the closest wood and river, fertile soils, enormous open place inside and good location for defence.

The cave is also one of the three largest habitats of bat colonies in Europe.

Well, if all this isn’t enough to tickle your curiosity, I don’t know what would be.

Are you ready to dive into the magical world of Yagodinska Cave in Bulgaria?

Your breath will stop at the sight of the unique strange entities in the form of the Virgin and Child, Santa Claus, Snow White and the Seven Dwarves, and even Pijo and Penda – symbols of Bulgarian martenitsa . They have been formatting for millions of years and now it would be revealed to you in all their splendour and grandeur.

The road leading to the cave is quite narrow but there is a paid parking lot in front of the entrance. The fee is only 1 euro but you better be prepared for not having a free spot for the rental car.

The Yagodinska cave is pretty tempting with a true adrenaline experience such as a rock climbing with special equipment to the second and third floors.

An interesting feature is that in the middle of the cave you will see the Wall of Sin. Traditionally, you have to put a coin on it. If you can keep your coin upright, it means that your conscience is free of sins.

The Devil’s Throat cave is located in the southern part of the Rhodope Mountains, only a 1.5 km away of the Trigrad village. This Bulgarian cave is considered one of the phenomena of the Trigrad Gorge.

Extremely picturesque are the landscapes that will surround you while travelling with a car. I must warn you that in some places the road is unidirectional so please be careful.

There is free parking in front of the cave, which is usually full of cars, but the road itself before and after the cave has signs showing tourists where can leave their vehicle.

The entrance of the Devil’s Throat is artificial and it is a 150-meter-dug tunnel, after which you enter the Whistling Hall. The name comes from the deafening thunder that you can hear when the water of the river falls from 42 meters high. This makes this miracle the highest underground waterfall in the Balkans.

According to the latest geochronological studies, the formation of the Magura cave began 15 million years ago.

Besides, the most interesting masterpieces of primitive art on the Balkan Peninsula are the paintings found on the cave`s walls.

Above all, this is the largest field of prehistoric rock painting all over Europe.

One very interesting fact is that probably when the area around the Magura cave was within the bounds of the Roman Empire, it was used as a shelter for slaves. It is also believed that this was a place for making sacrifices.

This cave isn’t like any other I told you about in this article. The Womb doesn’t have many remarkable halls or rocky formations.

This Bulgarian cave is soaked with pure energy which according to some comes from the Earth Mother herself.

The Womb cave is situated high in the mountain above the Borovitsa hut.

The distance from the hut to the cave is about 2km. you will need to walk along a well-marked path that runs through the ridge. The path has several rather steep slopes but there are benches to sit and take a break.

During spring nature in the area is breathtaking. In these places, one can relax and enjoy a wonderful view. It is good that at the end the path is flatter.

The Womb cave is a Thracian sanctuary in which rite rituals were performed in honour of the Mother Goddess.

If you find at least one cave in Bulgaria that you would like to visit, rent a car and come to enjoy Bulgarian landmarks.

Choose a vehicle and let us make your trip a one to remember.